How to Get Around San Francisco Without a Car | Cleaning Glow

How to Get Around San Francisco Without a Car 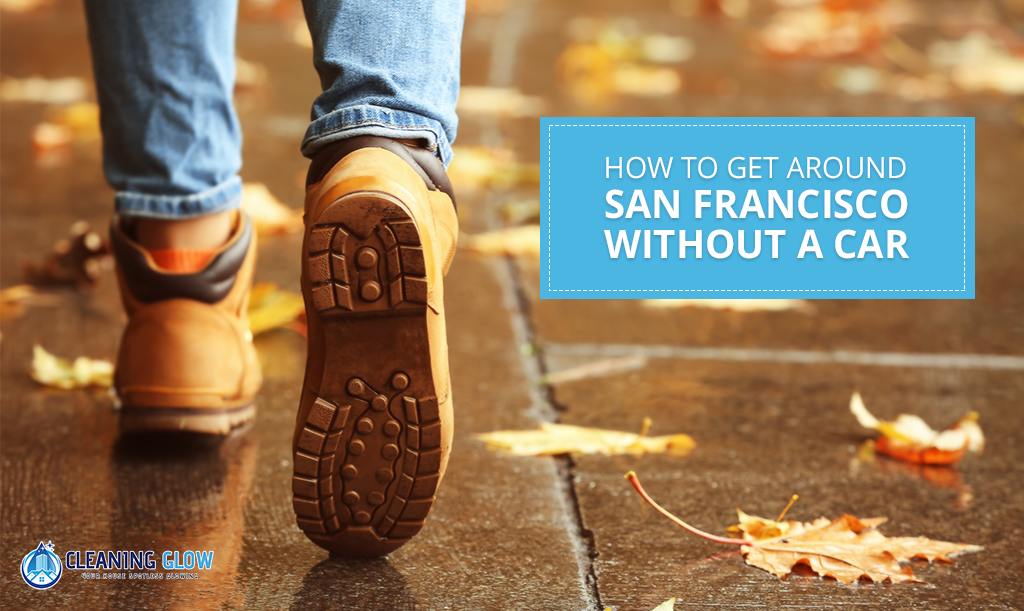 San Francisco is a small, but extremely dense city, packed into a seven-mile-wide peninsula, which makes driving around in a car unbearable or impractical for many of its residents. Even if you’re wealthy enough to buy a Tesla or Prius to save on gas, the traffic is still not worth the hassle of getting into any car to drive around a couple of blocks, coupled with the tolls on bridges and the price of parking.

That’s why a lot of locals go as green as you can and walk, bike, take public transportation or other alternatives.

Check out how you can roam around San Francisco without having a car with you.

The best way to look at the city up close is by walking, but aside from that, it’s also a good type of exercise and most of all, it’s free! Although San Francisco is known for having a lot of hills, the waterfront is flawlessly flat, and most of North Beach and Chinatown are an easy walk, too!

San Francisco is known to be one of the most bike-friendly cities in the United States. During rush hours on Market Street, you can witness an unending stream of bicycles. The city has been making a considerable effort to make the place more cycle-friendly by adding bike lanes along major routes. If you don’t have one, you can always rent for a day or two.

Cable cars usually go near most of the famous destinations such as the Union Square, Ghirardelli Square, Chinatown, and Fisherman’s Wharf, but waiting to get on can be too much. Just ride one time for fun and then look for another method to get around. A bonus tip: if you want to go to the Nob Hill, Ferry Building, and Chinatown, take the California Line.

If you’re a tourist, you can join bus tours and enjoy fun sightseeing on a double-decker bus that makes a stop at most of all the famous attractions. Or if you want to feel like a regular old local there, you can just pay for an individual ticket upon hopping on the bus. But your best option is buying a Clipper Card in advance. It’s cheaper and can be used in other modes of transportation.

You may first think of that bratty kid from The Simpsons, but BART actually stands for Bay Area Rapid Transit. It’s a subway that can take you from the San Francisco International Airport to the city proper and the whole East Bay. If you really want to get to your destination fast, that BART is your line of travel!

Streetcars and light rail are more similar than different, as they are both called trams. Streetcars travel along the waterfront starting from Fisherman’s Wharf right to the Ferry Building, with the E heading to the AT&T Park baseball stadium. The light rail is usually called “Muni,” or “the J,” “the K,” and so on.

Whenever you travel, keep in mind that although it’s more convenient, having your own wheels isn’t necessary to have a fun trip. Take these tips on how to see the city of San Francisco like a pro! And while you’re away, book a professional cleaning service to clean your house out! Wouldn’t it be so relaxing to just go directly to sleep after a tiring but exciting getaway?

Get Your Instant Price & Enjoy a Clean Home